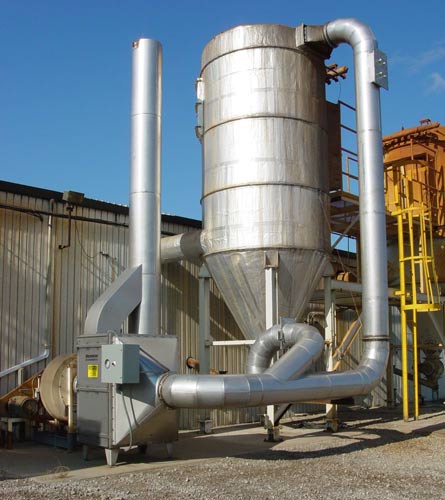 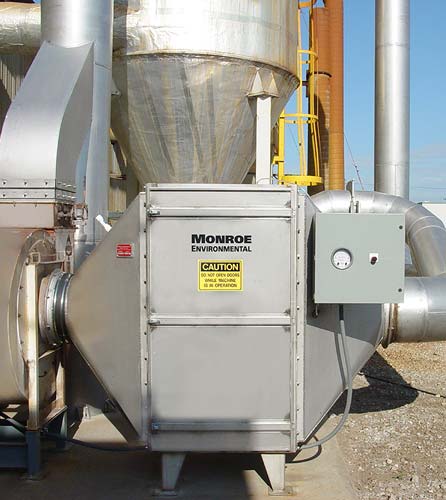 A grain processing facility was struggling with foul odors that were being emitted from a fertilizer dryer. The dryer was located near the entrance to the plant and the pungent odors were a significant nuisance to both plant workers and visitors.

Monroe Environmental designed and built a 10,000 CFM Carbon Adsorber to filter the air stream and remove the foul odors. The unit was a horizontal flow, multiple-tray Adsorber which utilized a series of filter trays to direct airflow through the carbon media and out of the system. The unit’s housing and trays were constructed from 304 stainless steel and also included interconnecting ductwork and a discharge stack that could easily connect to the existing dryer and fan assemblies.

For ease of maintenance, Monroe included a filter monitoring gauge to read the pressure drop through the unit as well as a carbon saturation indicator to monitor the discharge air and detect when VOC’s are escaping the filters. An explosion proof panel was also included as a safety mechanism in case of excessive pressure build up during operation.

The unit was installed and successfully captured and removed the offensive odors being emitted by the fertilizer dryer. The Monroe Carbon Adsorber allowed the plant to eliminate the odor problem that had previously bothered workers and visitors throughout the site.