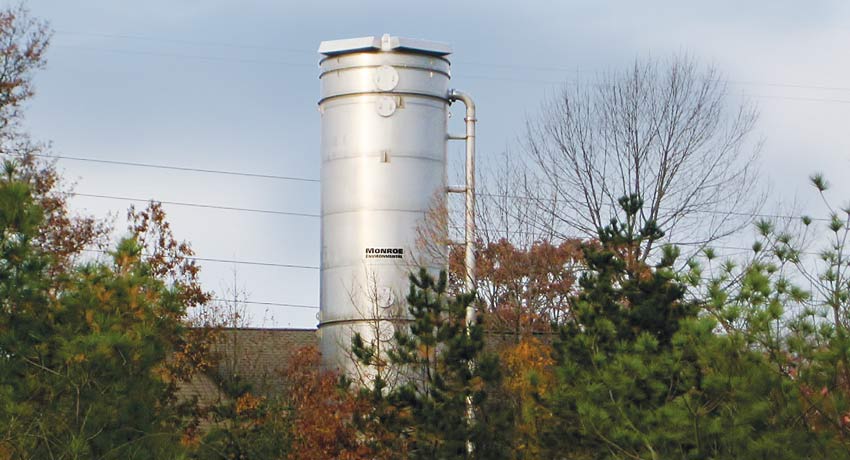 Removes VOCs, ammonia, and other pollutants from contaminated water streams

Removes VOCs, ammonia, and other pollutants from contaminated water streams

Just fill out this form and we’ll get back to you shortly.

Monroe Environmental designs and manufactures high-efficiency Air Strippers for industrial and municipal applications. An Air Stripper removes volatile gaseous compounds dissolved in a contaminated water stream and transfers them to an air stream. Clean water from the Monroe stripper may then be sent to a sump or drain as required. Monroe manufactures Packed Tower Air Strippers as well as a complete line of scrubbers and gas adsorbers that may be used to treat the resulting contaminated air before it is emitted to the atmosphere. 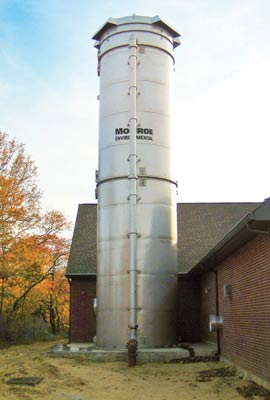 The Monroe Environmental Packed Tower Air Stripper typically uses a counter-flow design with a cylindrical tower containing a specially designed packing media that provides a large surface area for air/water contact. Contaminated water flows down through the packing while air flows upward. VOCs or other contaminants are transferred from the contaminated water stream to the air stream, which then flows out through the top of the tower. Clean water flows out at the bottom of the tower. 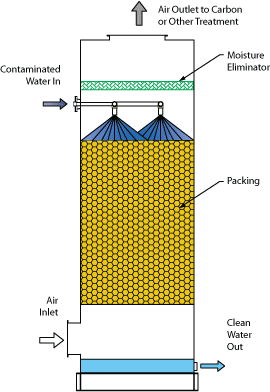 Ideally Suited for Air Stripping of:

The theory behind Air Stripper operation is based on Henry’s Law. Henry’s law states that, at a constant temperature, for a system containing a liquid phase and a gas phase: 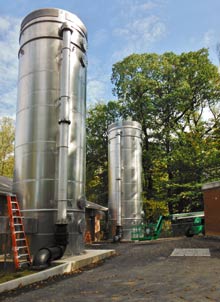 A landfill contacted Monroe Environmental regarding a need to remove ammonia from leachate prior to discharge to the local POTW. Monroe reviewed the leachate composition and determined that air stripping was a viable treatment.

Stay informed about air pollution control and water/wastewater treatment applications and solutions from Monroe Environmental. Subscribe to our newsletter.